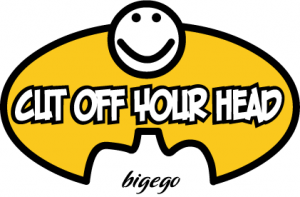 Explaining his intentions behind the anticipated statement, Jim's Big Ego front man Jim Infantino stated, "I don't want to die.  Really, neither do the other guys in the band.  And we figured that a war with China would just be one more way that we conceivably could die.  You see, China has many nuclear missiles, and if one of those nuclear missiles were to hit-for example-my house, and I were sitting inside my house at that time, then I would die.  And I don't want that.  I realize the odds are against an ICBM landing on my house, but like we said earlier in this press release, every little bit helps."
This is not the first time Jim's Big Ego has acted to avert international crisis.  In 1995 Jim's Big Ego released their popular single "Please Stop Killing Bosnians (Slobodan Milosovec)" and in 1998 Jim's Big Ego participated in the "Musicians Against Other Musicians in Different Countries Dying Simply Due to International Tensions" Festival in Warwick, RI.  Unfortunately, this Festival was booked opposite the Newport Folk Festival, so very few fans or other music acts showed up, making Jim's Big Ego the opening, featured, and headlining act for the MAOMDCDSDIT Fest. Also in 1996 Jim's Big Ego bassist Jesse Flack gave $25 to Greenpeace.
In addition to the scheduled apology, Jim's Big Ego also hopes to convince China to back down from the current crisis by re-releasing their popular 1995 hit under the new title "Please Don't Kill Americans (President Jiang)" and the band also plans to buy more egg rolls.  They hope this last move will show the PRC that many Americans support Chinese culture and economic trade.  "Like we've said before," Infantino explained, "every little bit helps.  Besides, we all really like egg rolls.  So it's a win-win situation."
Mr. R.G. - Big Ego Propoganda, Louisville, KY