Oh The Stories We Could Tell with Melissa Ferrick, Jonatha Brooke and Dar Williams and Solo In Isolation #23 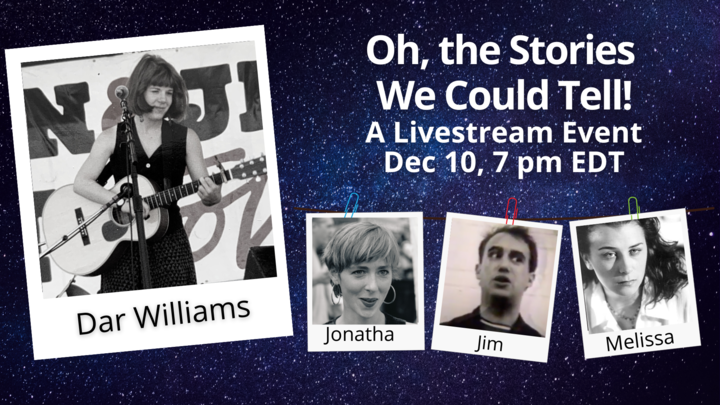 Oh The Stories We Could Tell Thursday, December 10, 7pm EDT

Dec 10 at 7pm EST (Facebook / Youtube Live): Boston in the early nineties: we were all there, playing in tiny clubs with squeaky chairs, making our way in the Boston music scene, looking for our names in the small font Boston Phoenix concert announcements, and finding our friends at open mics where the tables would empty as soon as people saw us walking in with guitars. We often collaborated and sometimes competed.

I had planned to be a playwright, but the morning after I learned that my go-to theater had closed, I went to a song swap at somebody's house and met Jim Infantino, Vance Gilbert, Brian Doser, Jon Svetkey, and Chris Chandler (and many others).

Jim was the philosopher musician, Jonatha brought her transformative harmonics and lyrics, and Melissa was at the heart of the East Coast's answer to the Riot Grrrl movement.

All of us have been just about everywhere since then, and yes... the stories we could tell! I'm so grateful they could join me for this concert. 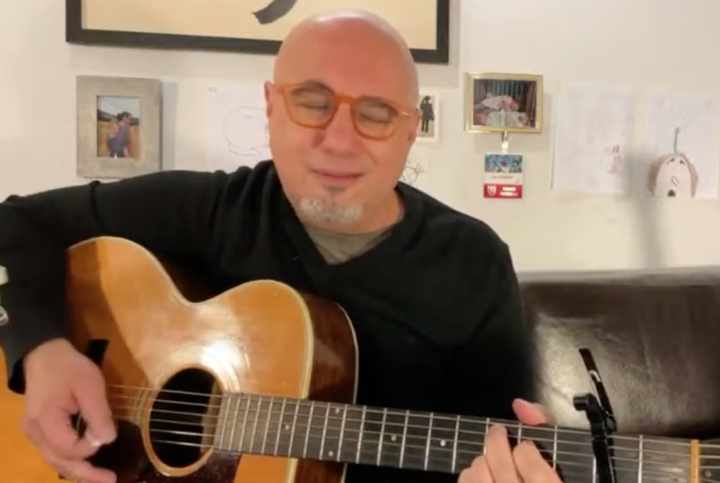 And I'm back on Saturday in my "living room" to play you more songs Solo In Isolation. These have been so much fun this year - come and join and send requests and heckle me from the chat window